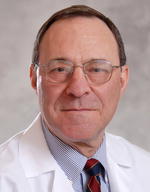 Graduating from the University of Cape Town Medical School with an MD in 1970, Dr Ezekowitz earned a PhD in 1976 at Imperial College, London. He then proceeded to be awarded an honorary degree as a Fellow of the Royal College of Physicians.

Dr Ezekowiz received training in cardiovascular disease at Johns Hopkins University from 1976-1978, before accepting a faculty position at the University of Oklahoma. In 1982, he became an associate professor at Yale University School of Medicine and here he was granted awarded an honorary master’s degree. Later, he moved to Philadelphia as the June F. Klinghoffer Professor and Chairman of Medicine at Drexel University School of Medicine. Following this, he became Vice President and Vice President of Clinical Research at the Lankenau Institute for Medical Research, Main Line Hospitals, and Professor at Jefferson Medical College, Pennsylvania.

Dr Ezekowitz was one of the first physicians in the US to perform a transesophageal echocardiography. Notably, he has been the Cardiologist to two United Stated Presidents and was jointly responsible for the AF component of the Atrial Fibrillation Guidelines on behalf of HRS, AHA, and ACC Guideline Committee of primary stroke prevention.

In 2014 and 2015 Thompson Reuters awarded Dr Ezekowitz the top 1% Clinical Scientist in the World based on impact factors of publications over the past 10 years and in 2016, was awarded the First Heart Rhythm Institute Distinguished Visiting Professor at the University of Oklahoma Health Science Center.