Join Professor John Camm and Dr Michael Ezekowitz for a discussion of the optimal anticoagulation strategy for a real-life patient case undergoing cardioversion for atrial fibrillation.

Register your email and provide your feedback

To help measure the effectiveness of this NOAC Education module, please enter your email below to take part in a short follow-up survey 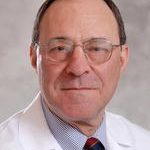 In this video, filmed at ACC 2018, Professor John Camm and Dr Michael Ezekowitz discuss the case of a 78-year old male with well-controlled hypertension who presented to the emergency department with palpitations. Discover the anticoagulation approach taken for this patient after an EKG confirmed atrial fibrillation and a cardioversion was planned. The risks and benefits of warfarin versus non-vitamin K oral anticoagulants (NOACs) are also explored, before an in-depth discussion into the optimal NOAC dosage before and after cardioversion.