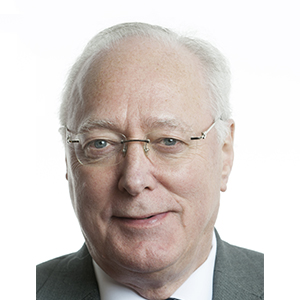 Professor Camm started his medical training at Guy’s Hospital Medical School, London, UK in 1971. After three years working at Guy’s Hospital Medical School, he then spent a year in the USA (Vermont), and subsequently moved to St. Bartholomew’s Hospital, London, UK. Whilst there, he progressed from Junior, to Wellcome Senior Lecturer in 1979 and finally to Sir Ronald Bodley Scott Professor of Cardiovascular Medicine in 1983. He has a major interest in cardiovascular safety of cardiac and non-cardiac drugs, as well as other broader aspects including cardiac arrhythmias, atrial fibrillation and stroke prevention, clinical cardiac electrophysiology, cardiac pacemakers, risk stratification in post myocardial infarction, heart failure and cardiomyopathy patients.

Professor Camm is the Editor in Chief of EP-Europace and Clinical Cardiology, an Editor of the European Heart Journal and the European Society of Cardiology Textbook of Cardiovascular Medicine. Professor Camm has given over 1,200 international lectures, and authored more than 1,300 papers in peer-reviewed journals, as well as more than 500 book chapters. He has edited or authored more than 30 books. Professor Camm has received numerous awards for contributions to cardiology, including the Gold Medal of the European Society of Cardiology and the Mackenzie Medal of the British Cardiovascular Society, and is a Commander of the Order of St. John of Jerusalem and Queen’s Honorary Physician.